A downloadable game for Windows and Linux

Thanks again to everyone who supported the Racial Justice and Equality bundle, hope you are enjoying the game! As you know all profits went to charities so If you really like the game and would like to support our team, please consider also getting the game (or gifting it to someone!) on the  Steam! You get a steam key and achievements, if that's up your alley! There's also the Soundtrack available for the second game, if you like our tunes :)

Short, thought-provoking adventure where you are a News Editor and decide what stories get published, set in a fictional city where most people are genetically modified. Multiple unique endings let you share your story and see what the Headliner before you did.

Genetic engineering and civil unrest loom over Galixia.
You are the Chief Curator of a local News Channel.
You are the HEADLINER

"… proof that games can be art"
- Rick Peter Shoutgun

"Brilliant game that will make you question next time you read a media quote!"
- Mars Technician

Fonts in the game included under the Open Font License, which full text can be viewed here.

In order to download this game you must purchase it at or above the minimum price of $4.99 USD. Your purchase comes with a Steam key. You will get access to the following files:

I play Headliner on an old Linux laptop, after enjoyed "Novinews" on my pc.

I was wandering if it's possible to modify the configuration elements of the game to suit them to the poor power of my laptop.

I must admit: playing this game in Poland, neighbor country of Ukraine, in 2022, in the midst of the Russian unprovoked, horrible invasion was an uncanny experience. Even so, I enjoyed how it deftly compressed a multitude of complicated sociopolitical problems into one snack-sized game. Granted, doing so made them seem a bit oversimplified, but this, as I think, comes from the place of well-understood storytelling, not ignorance. That’s why there still is ambiguity here any your choices have both pros and cons to them. I also love how open-ended it is, a factor which adds to it replayability value. I ended up supporting views that benefited me and my family, mostly, and had strong stance in all the presented topics, but I could easily see me making different choices. That’s a game that is worth both playing and pondering about. I’ll also be sure to check out “NoviNews” sometime in the future.

Hi! I tried to play this game, but it only shows up in Traditional Chinese for me. I tried to change the language to English in the bottom right corner of the main menu, but nothing happens when I do - it still only gives me Traditional Chinese when I start it up. Am I missing some step here? Can I do anything to change the automatic detection? Because I have no idea why it thinks I know Chinese.

I had that problem too. I think closing and reopening the game after setting it to English fixed the problem.

Hi, just to say I couldn’t get this started on Linux, but it worked fine after installing the following with apt: libnss3:i386 libxtst-dev:i386 libgconf-2-4:i386

Many thanks for this, fixed it for me.

Out of curiousity what game engine is Headliner made with ? I was thinking it was Electron  based but wasn't sure.

It's Phaser (HTML5+JS) and I used NWJS to package it as standalone :)

Oh nice, I hadn't heard of them before. It's open source to boot, I'll have to start donating.

SPOILERS ahead (this is me reposting my review into the comment section as i dont know if you can view reviews on ITCH.IO sorry if that is possible because i dont know how to view reviews)

Im not a fan of this game, while some  might say that i just need to do another playthrough and that i didnt see the whole game, i wont play this game again, this game just wasnt very good, it was ok at the best and i really didnt like my ending as it felt like i died for nothing, the daughter didnt stand up for what she believed in despite me often choosing the dialog options for her to do what she believes is right. basically, everyone i knew in this game suffered and i died, and nothing stayed and society stayed in status quo somehow despite the local headliner who supported Purists rights and made modified people out to be aggressors often (which for many cases they certainly were) was killed and a celeberity outed for being a purist with support still performed and also was killed. yet somehow nobody cares. what did i do wrong? was i supposed to support everything that says bad about modification even if its borderline advocating slavery (either that or im misunderstanding what compulsory labor means) this game, at least of my playthrough seems to be center in the idea of Honest press is dead, you must be for oppression and racist to succeed because thats where the money is at, or thats what i was getting for this game. avoid this game unless you are curious of the roots of HEADLINER:NOVINEWS which is actually a good game. i guess you get what you pay for with a 3 dollar game (or not if you are like me and got it from the bundle) so overall, dont get this game, get Novinews or other simular games like "Not For Broadcast" while it isnt the same as Headliner, its fun and delves in similar ideas.

My rating for this was 2 stars as i feel like i may have somehow did something wrong, like a wrong choice or something that made the world logic just make no sense, because NoviNews (which i played second) is nothing like this

To clear up the question about reviews: how they work on Itch.io is they show up on the activity feed of those who are following you. There is now way for the general public to view them unless you post them in the comments like you did. Hopefully one day that gets changed.

Thanks!, i hadnt touched ITCH.IO since i played Escaped Chasm and only began using it when i bought the Racial Justice Bundle. Thank you very much!

There's two versions and they are both included in the black lives matter bundle. What's the differences though?

Headliner: NoviNews is a sequel to HEADLINER, and it's a whole separate game :)

I eventually figured that out and played both!

Gotcha, will work on updating it soon with the new languages :)

The info page lists many languages including German, but when I open the game (in Linux) the language selection only show a few options, German not included.

So, I love this game and plan to get many people hooked to it. You are a headliner and a big news company. Your choices actually matter and change the world around you. It touches on subjects that are hard and what people sometimes ignore. I feel like this game is very relevant and reflects our world now.

The graphics are perfect for this game. The characters are unique and more than just another character in the story. You start to really like them. This game also holds nothing back so as always keep yourself safe while playing trigger wise.

I have only played this once but I am excited to find every route there is. It is meant to play multiple times and you can unlock new characters and their story which happily surprised me.

Thank you creators for this meaningful game and I hope you don't mind me sharing this review in multiple places. 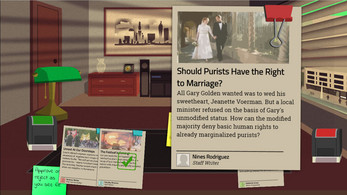 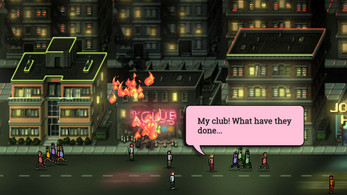 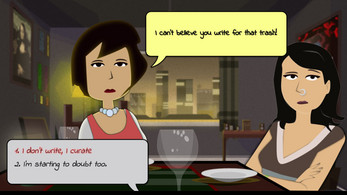 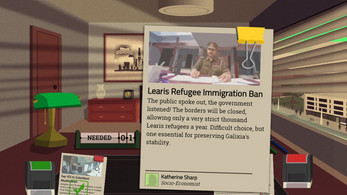 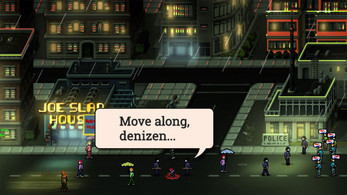 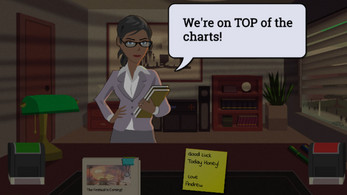 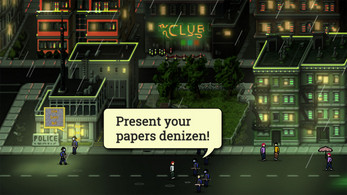 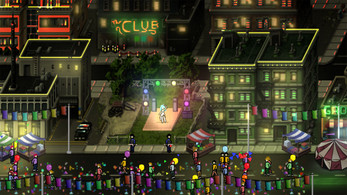 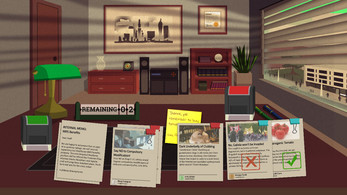